How To Detox From Methadone

Methadone is a type of drug that’s often prescribed to treat severe pain and it’s also commonly used to help wean patients off of heroin or opiates. But methadone itself is an opiate and because of this it’s considered highly addictive. Often, people who are prescribed methadone for the treatment of heroin addiction become addicted to it and must then go through a methadone detox in order to be drug free for good.

The Dangers of Detoxing from Methadone 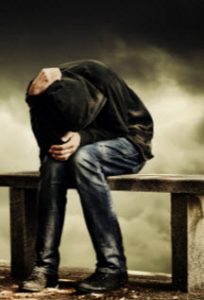 Withdrawal symptoms will often begin within thirty hours of your last use. The entire process will typically last for a few weeks, sometimes longer. Once a person has entered the withdrawal stage, very uncomfortable symptoms will replace the euphoric, sedated feelings that are experienced from ongoing methadone use. Within the first day a person is off this drug they may experience such symptoms as restlessness, fatigue, anxiety, insomnia, excessive sweating, tearing eyes, runny nose and yawning.

Initially, this process can make it feel like you have the flu, but unlike the flu, these symptoms will be very severe for several days. Some symptoms will peak about three days after the last use. These symptoms include goosebumps, muscle pain, vomiting, nausea, diarrhea, cravings, depression and cramps. These symptoms are often the worst during the first seven days. Some of these symptoms may last longer than a week. Symptoms that are known to last several weeks include insomnia, anxiety, depression and fatigue. For some people, withdrawal will last longer than the amount of time it took their body to become dependent on the drug.

Because this process can cause a significant amount of discomfort, it can make a person experience severe cravings. This can result in a repeating cycle of short-term use and withdrawal.

The Truth about Methadone Use 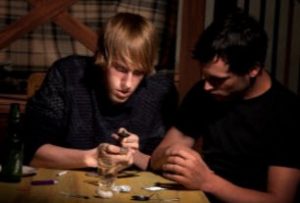 Methadone is a drug that’s considered extremely physically addictive, especially if the user takes it in high doses. This drug is commonly used to treat heroin use and opiate addictions and can lead some people to trade one addiction for another. Often, when used to treat other addictions, people will develop a tolerance for methadone very quickly, requiring more methadone to achieve the desired results. Once a person’s tolerance for methadone increases, their dependence has developed. People with a higher tolerance for this drug often experience a more extreme withdrawal process.

Withdrawal will occur when the body needs to relearn how to function without the drug. As the body attempts to reestablish normal functions in the body, these uncomfortable withdrawal symptoms begin, increasing the difficulty of recovery.

Because of the severe adverse symptoms associated with this type of withdrawal, addicts are advised to detox in a medical environment. Most outpatient and inpatient programs offer a medical detox that can help to reduce the severity of the withdrawal process. However, the process itself is different for everyone. The duration and symptoms of a withdrawal can vary, depending on the length and severity of the addiction. A person’s tolerance and body chemistry can also affect how long the process takes and the type of symptoms they’ll experience.

Depending on whether or not the patient decides to taper their dosage or try a different form of detox, there are a number of medications a physician can prescribe that can help to minimize symptoms.

Buprenorphine is a medication that’s similar to methadone and is used to help heavy users taper off the drug. It’s believed that this medication is less addictive than methadone but a patient can still become addicted.

Suboxone is classified as an opioid agonist that works to prevent opiates from binding to the receptors in the brain.

Antianxiety medications and antidepressants are commonly prescribed during and after withdrawal.

Over the counter medications such as Motrin or Alieve can help with symptoms such as muscle soreness and muscle cramping during withdrawal.

Benadryl, while an antihistamine, is often used during a detox and helps to relieve anxiety and encourages sleep.

Antidiarrheal medications are commonly used to treat patients during the first week of withdrawal and can also help to prevent dehydration that often occurs due to frequent bouts of diarrhea.

Whether a person decides to taper off methadone until they are safely weaned off it, or they decide to quit abruptly, the most important point is that this person needs support from family and friends during the withdrawal process and on the long road to recovery.

How to Stop Methadone Abuse 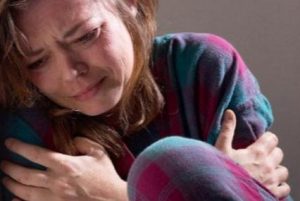 The cold turkey approach with methadone detox can cause more severe symptoms during withdrawal. A physician will often recommend tapering off this drug in order to make the entire process more bearable.

In heavier users, the symptoms begin twenty-four hours after the last dose was taken, but in some people it can take fifteen to fifty hours to get the drug out of the system. In rare cases it can take several days for the withdrawal process to begin. Often, the first ten days of methadone detox will be the worst.

This is the best way to detox from methadone. It is the most efficient and safest when it’s completed in a hospital or drug treatment facility. Most detox programs will taper the patient off the drug, reducing the patient’s dosage over a period of a few weeks. This type of method works to reduce the severity of the withdrawal and is often recommended over the cold turkey method. However, the tapering approach will take much longer. This is the way to go if you’re looking for long term and relatively rapid methadone detox options.

Drug rehab centers utilize the expertise of therapists and doctors to create a personalized plan of care for each patient. Inpatient programs can help patients who are moderate or heavy users to be more successful in their recovery. Outpatient is another treatment option but it’s often recommended for patients with mild addictions.